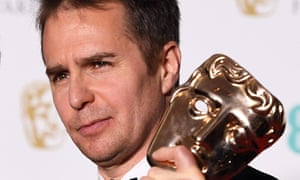 It was a starry, glamorous ceremony, at which the sexual-harassment shame of the film industry and the the subsequent Time’s Up movement were ever present.

But it was also about celebrating and rewarding cinema, with Three Billboards winning five awards including best film, best British film and, for its writer and director Martin McDonagh, best original screenplay.

“What I’m most proud of,” McDonagh told the Royal Albert Hall audience, “especially in this Time’s Up year, is it is a film about a woman who refuses to take any more shit.”

He said the same could be true of its star Frances McDormand, who plays Mildred, a woman with a burning sense of injustice over the police failure to find the killer of her daughter. She won best actress and, wearing a dress not totally black, she admitted having a “little trouble with compliance.” Nonetheless, she said she stood in full solidarity with her sisters and finished her acceptance speech with the words: “Power to the people.”

As expected by everybody everywhere, including some bookies who offered unappealing odds of 1/25, Gary Oldman won the best actor award for his spookily accurate portrayal of Winston Churchill in Darkest Hour, one that involved daily four-hour makeup sessions.

Oldman, who called it “a tremendous honour”, had been nominated twice before, for his portrayals of Joe Orton and George Smiley, but had never won a Bafta for acting. He is hot favourite to repeat the victory at next month’s Oscars.

Sam Rockwell, who won best supporting actor for his portrayal of a spectacularly dumb, racist cop in Three Billboards, described himself as a “journeyman actor” and dedicated the award to his “pal, Alan Rickman”. He also said he was someone who stood on the shoulders of “strong, intelligent and righteous women”, including McDormand. 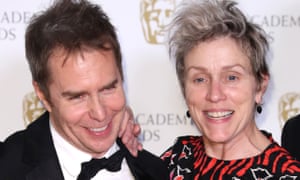 The only prize decided by the public, the EE Rising Star award, went to British actorDaniel Kaluuya, star of the horror-comedy Get Out, who won from a list that also included Florence Pugh, Josh O’Connor, Tessa Thompson and Timothée Chalamet.

Dedicating the award to his mother, he said: “I am a product of arts funding within the UK. I would like to thank people who financially support that.”

The Shape of Water, Guillermo del Toro’s moving story of a woman who falls in love with an Amazonian sea creature, had been expected by many people to sweep up. It received the most nominations, 12, and came away with three wins: production design and music and, for Guillermo del Toro, best director.

Del Toro said British culture had been a big influence on his work and career – particularly Mary Shelley.

There was no dominating juggernaut of a film. The Bafta record – nine wins for Butch Cassidy and the Sundance Kid – remained safe for another year.

It was the first ceremony presented by Joanna Lumley, who succeeded Stephen Fry, and in her opening comments she talked of the resonance of the Suffragettes and events today. “A century ago, the Suffragettes laid the ground work for the kind of dogged resistance and powerful protest that has carried forward today with the Time’s Up movement, and with it the determination to eradicate the inequality and abuse of women the world over,” Lumley said. 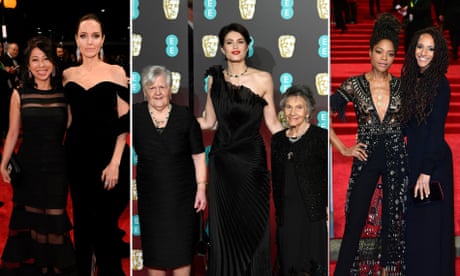 Virtually all women at the ceremony wore black in some form; one striking exception was the Duchess of Cambridge, who wore dark green. Some actors brought along feminist activists rather than their partners or mums. Gemma Chan, for example, was with Laura Bates, founder of the Everyday Sexism project. Naomie Harris was with Guardian columnist Afua Hirsch. Gemma Arterton brought along Eileen Pullen and Gwen Davis, former workers and walker-outers at Ford’s Dagenham plant in 1968. Andrea Riseborough was accompanied by Phyll Opoku-Gyimah, the co-founder of UK Black Pride.

Opoku-Gyimah, known as Lady Phyll, said being there was an important act of solidarity: “We want to amplify the voices of women who have been ostracised and marginalised.” 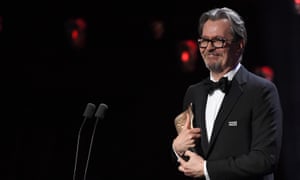 Earlier in the day, the Observer published a letter signed by 190 British and Irish actors, in which they spoke out on sexual harassment, discrimination and abuse. It said the movement was at a “critical juncture” and pointed out: “The gender pay gap for women in their 20s is now five times greater than it was six years ago. Research in the UK has found that more than half of all women said they have experienced sexual harassment at work. A growing reliance on freelance work forces creates power relationships which are conducive to harassment and abuse.”

Also launched over the weekend was the UK Justice and Equality Fund, a new body that will provide a network of expert advice, support and advocacy organisations across the UK. Among the donors was Emma Watson, who gave £1m.

Other awards given at the ceremony included one for I Am Not Your Negro, named best documentary; Disney’s Coco, which won best animated film; The Handmaiden, winning best film not in the English language; and one forRungano Nyoni and Emily Morganm who won the outstanding British debut award for I Am Not a Witch. James Ivory, one half of Merchant Ivory, won best adapted screenplay for Call Me By Your Name.

The Bafta fellowship went to director Sir Ridley Scott. In his acceptance speech, Scott praised his teachers for starting him on his journey. “Teaching is the most important of professions,” he said. “Sort that out and social problems will get sorted out.” The outstanding British contribution to cinema award went to the National Film and Television School (NFTS).
Upplagd av Kultur Vinden kl. 15:10