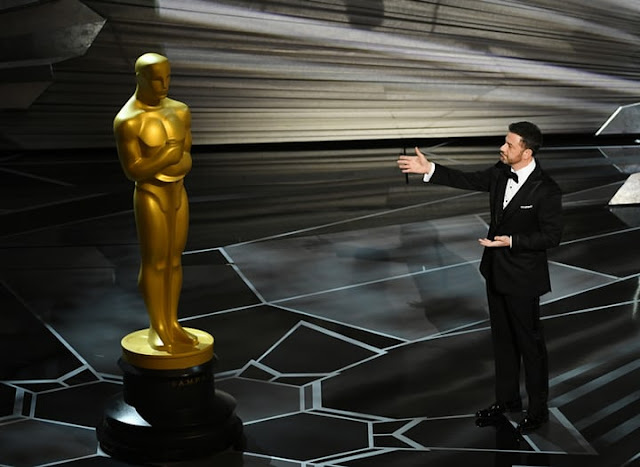 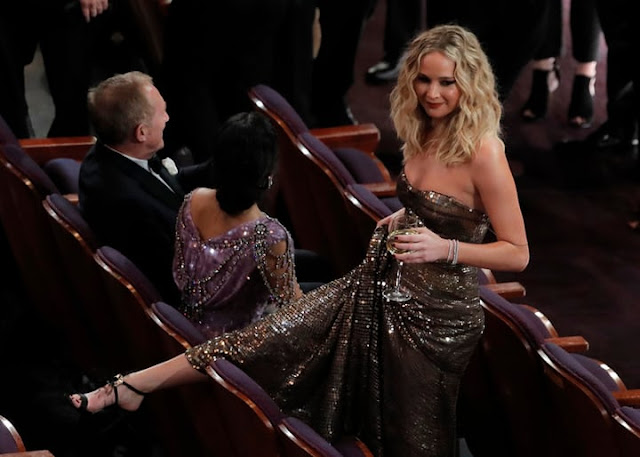 Jennifer Lawrence pretends to climb over a seat in the auditorium 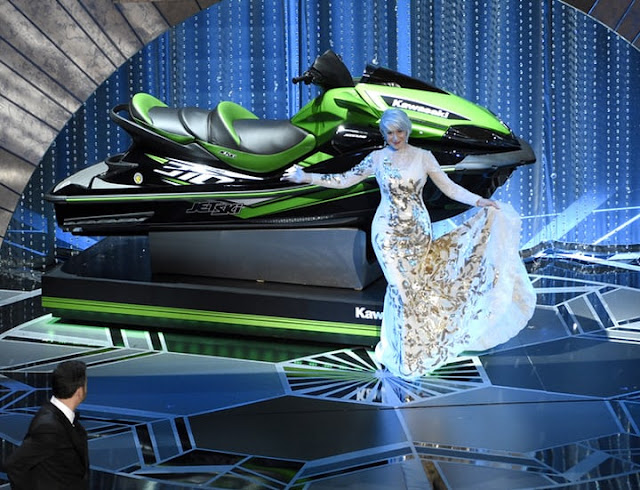 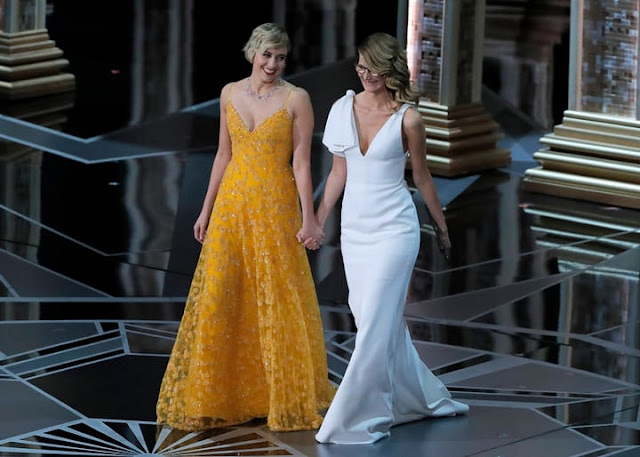 Presenters Greta Gerwig and Laura Dern walk on to the stage 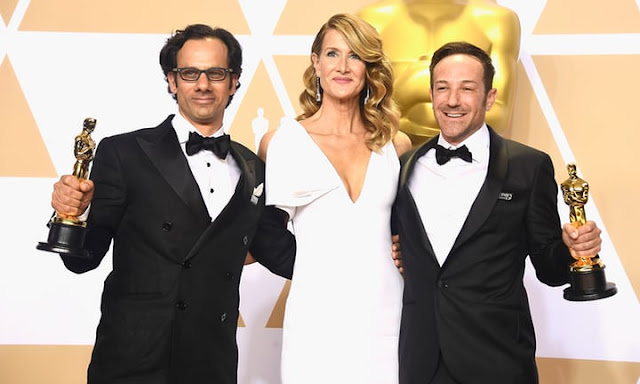 Producers Dan Cogan and director Bryan Fogel, winners of the best documentary feature award for Icarus, with Laura Dern and their Oscars. 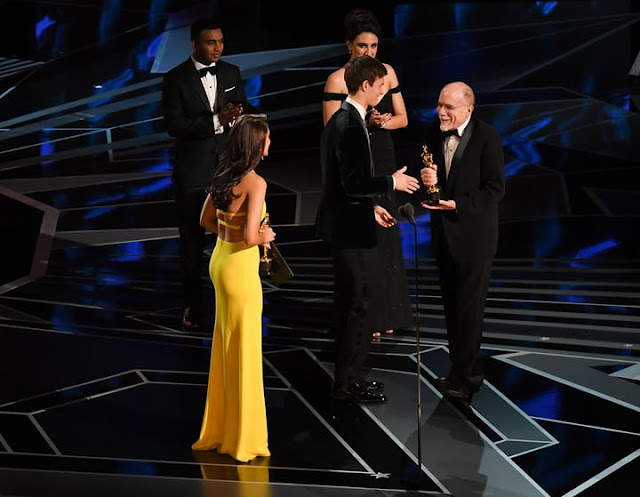 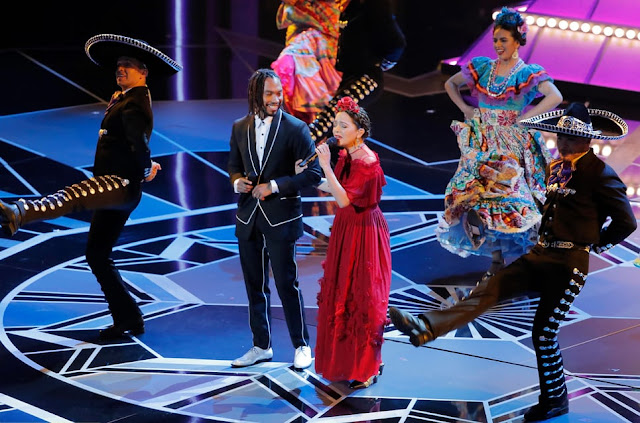 Miguel and Natalia LaFourcade perform Remember Me, from the Pixar film Coco 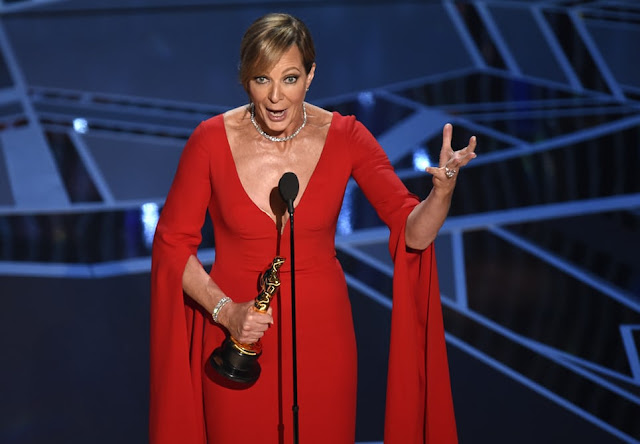 Allison Janney accepts the Oscar for best supporting actress for I, Tonya. 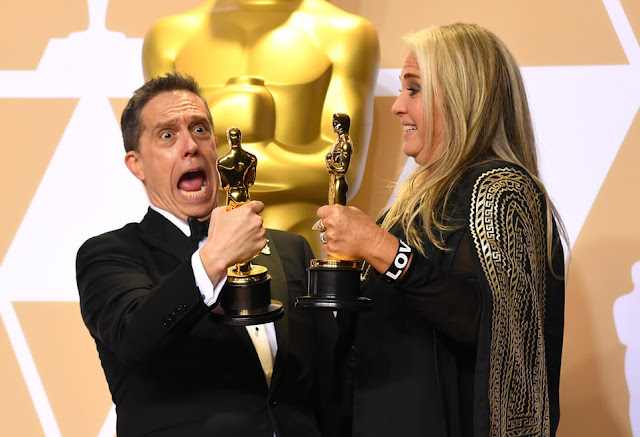 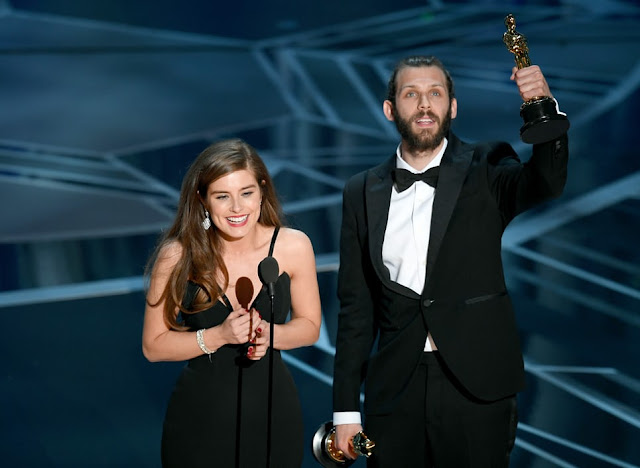 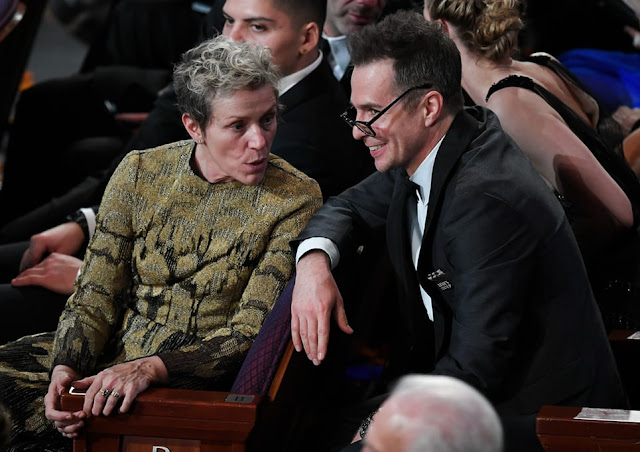 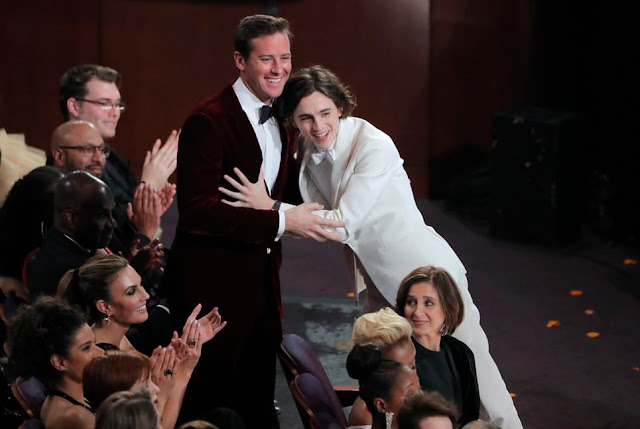 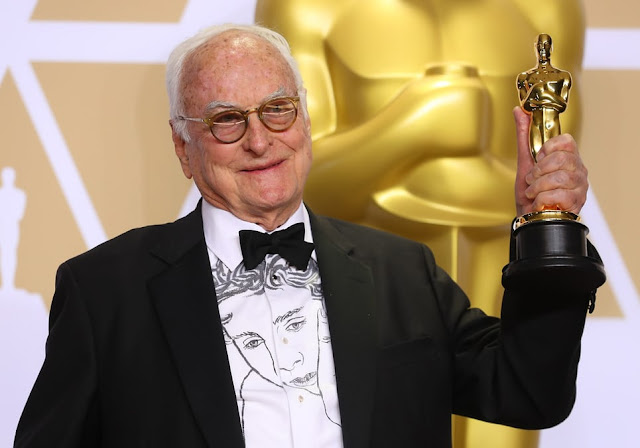 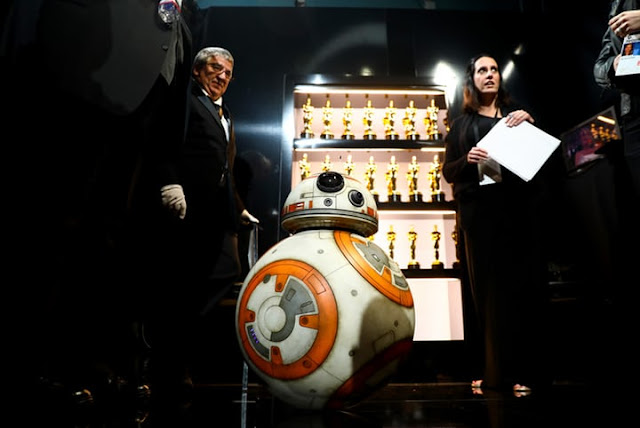 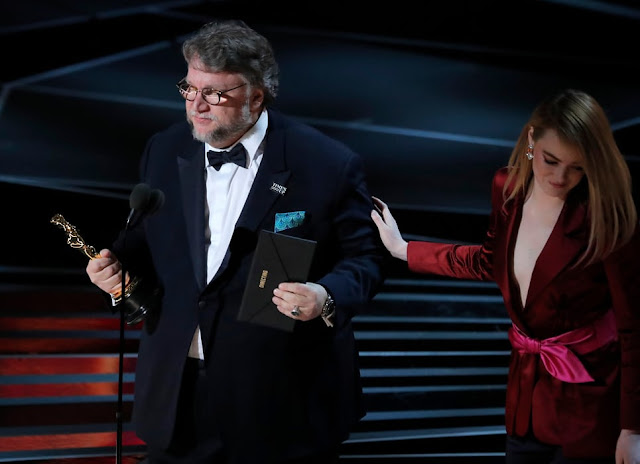 Guillermo del Toro accepts the Oscar for best director for The Shape of Water from presenter Emma Stone. 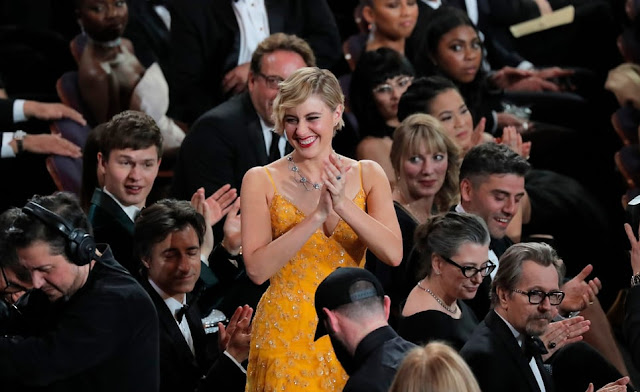 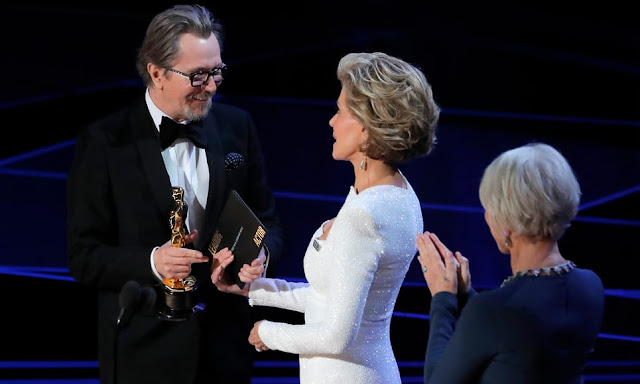 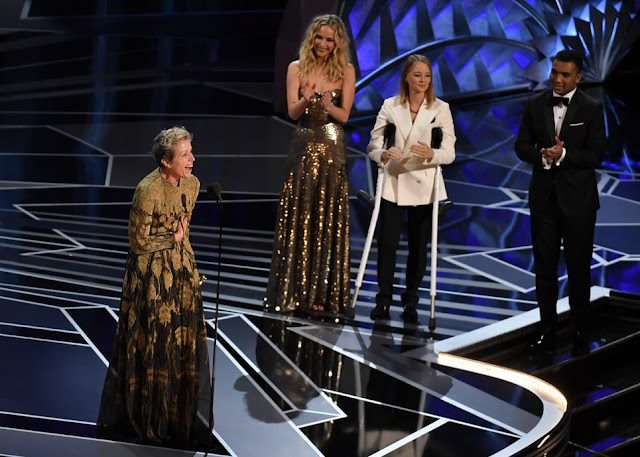 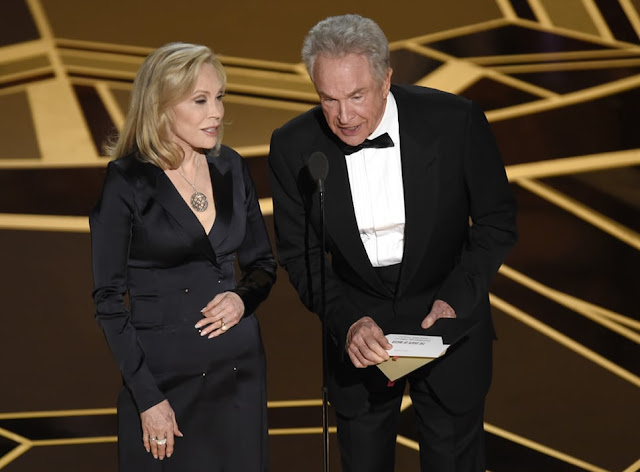 Faye Dunaway and Warren Beatty return to reprise the big moment of the night, presenting the best picture award. 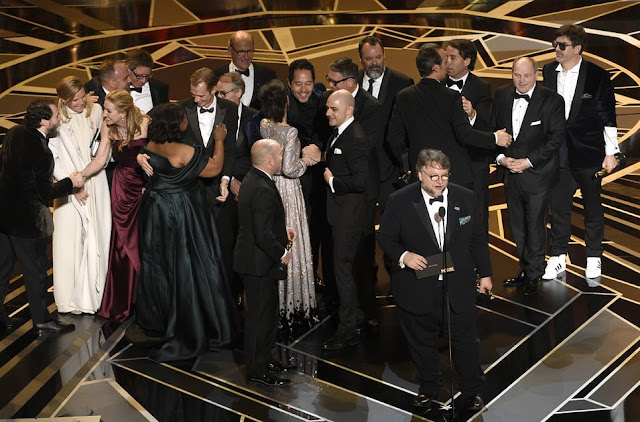 Guillermo del Toro and the cast and crew of The Shape of Water accept the award for best picture. 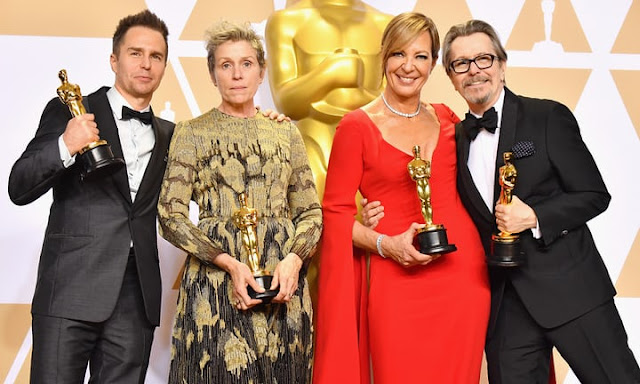