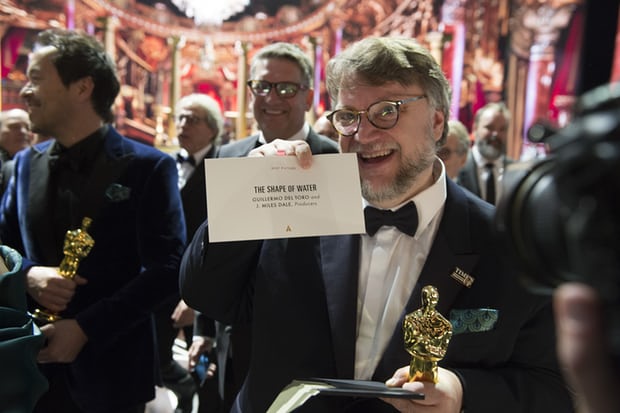 I know I won! I checked the envelope! - Guillermo del Toro.


Despite the ceremony coming in a year filled with talk of equality in Hollywood, apparently there were the least amount of female winners for six years.

Only six women took home awards compared to 33 men – and that’s including the two female acting winners. Not that great is it?