FILM: Is the art world unfilmable? 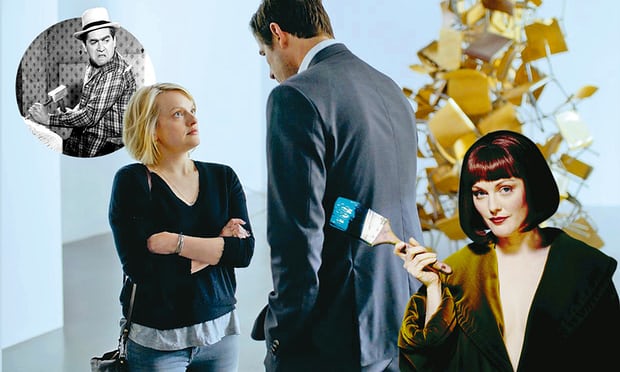 The Rebel, The Square and The Big Lebowski.

“If we took your bag and placed it here, would that make it art?” asks Claes Bang’s suave gallery curator in new movie The Square. His interviewer, Elisabeth Moss, does not know what to say. Is there a right answer? Is it a trick question? That’s contemporary art for you. In the movies, especially, the art world is presented as one big private joke. It’s a realm of snobs and charlatans, of pretentious conceptual art, intimidating opening parties, and credulous punters too cowed by the cognoscenti to say what they really think.

The Square, which won last year’s Palme d’Or at the Cannes film festival, satirises all of this delectably. In its most memorable scene, a human ape-impersonator is introduced into a black-tie dinner but the conceptual gimmick goes a little too far. Elsewhere, a cleaner accidentally hoovers up a gravel-based artwork. A chimpanzee casually doodles on a sofa. Noisy, ridiculous installations interrupt conversations annoyingly.

While movies have created many biopics about heroic artists who everyone sneered at at the time, when it comes to art made in our time, they’re happy to sneer away. It was ever thus. It was nearly half a century ago that the Tate’s acquisition of Carl Andre’s Equivalent VI (essentially a pile of 120 bricks) prompted national outrage and headlines such as “What A Load Of Rubbish”. Many a movie character has thought the same thing. Eddie Murphy laughs his head off at the revolving, decapitated heads in the gallery in Beverly Hills Cop. He laughs even harder when he hears the price. Of course, Steven Berkoff’s gallery-owner turns out to be the bad guy.

Tom Cruise disses a pretentious sculptor’s work at his gallery opening in Cocktail. He then punches him, destroying one of his works in the process. Mark Wahlberg puts his wine glass on a coffee table in The Other Guys, only to be told by the snobby attendant that it’s actually a $500,000 installation. He ends up sabotaging the installation (after some very intelligent criticism) and calling them all “lame, artsy douches” - which they kind of are. There’s a similar gag in Miranda July’s Me and You and Everyone We Know, in which an artist makes replicas of everyday objects. “It really is amazing, it just looks so real,” the gallerists say, admiring a discarded hamburger wrapper on the floor. “Oh, that wrapper is real,” the artist admits.
Advertisement


The popular image of the contemporary artist is someone like The Big Lebowski’sJulianne Moore, who swoops naked over her canvases on pulleys, spattering them with paint as she passes. “My art has been commended as being strongly vaginal, which bothers some men,” she says in her weird English accent. Jeff Bridges’ Dude has no time for this nonsense, or her snickering video-artist friend, David Thewlis. Either that, or they’re a self-absorbed monster, likeDustin Hoffman in The Meyerowitz Stories, or Jordan Taccone’s Booth Jonathan in Girls. Or a complete phony, like Tony Hancock in The Rebel, who passes off someone else’s paintings as his own. They’re all lame artsy douches.

The Square’s director, Ruben Ostlund, says that the art world is difficult to satirise because “it’s like a satire from the beginning”. To make the point, his film is based on real-life examples. Russian artist Oleg Kullik really did pretend he was a dog at a 1996 exhibition in Stockholm; he damaged other artworks and even bit members of the public. Gallery cleaners really did destroy an installation of empty champagne bottles in an Italian gallery in 2015, thinking it was litter. And so on.

The actual Square in Ostlund’s film is also based on real life. It is an installation consisting of a simple square of light, supposedly creating “a sanctuary of trust and caring”. Ostlund actually made the Square for real, and exhibited it in several Swedish galleries. In the movie, things backfire when a hip, young ad agency comes up with a provocative, attention-grabbing YouTube video to promote the Square. So the movie itself is effectively a classier version of that YouTube video. Is it a private joke? Is it satire? Is it art? Is there any difference?
Upplagd av Kultur Vinden kl. 12:41