FILM: Jurassic Park and Jaws fight to top US box offices decades after their first releases 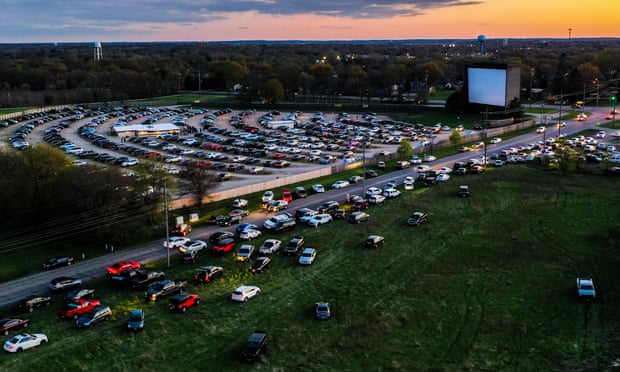 A Jurassic Park and The Flintstones double bill at the McHenry Outdoor Theater in Illinois. Photograph: Tannen Maury/EPA

Deadline reports that Jurassic Park earned just over $517,000 over the weekend of 19-21 June, having displaced last week’s top film The Invisible Man, which had earned around $383,000. The figures derive from an industry report produced by ratings agency Comscore, which stopped publicly reporting box office results in March after the pandemic took hold. According to the Hollywood Reporter, Jurassic Park played in 230 locations across the US, the vast majority being drive-in cinemas.


Jaws achieved second place with $516,000 from 187 venues, 45 years after its initial release in 1975. ET the Extra Terrestrial and Raiders of the Lost Ark came further down the list, at numbers 7 and 18 respectively. The best-performing new movie was the horror film Followed, which took the number eight slot with $127,000.

Comscore’s report suggests that the tiny improvements in box office results demonstrate that some appetite for cinemagoing remains, but audiences remain wary while the pandemic retains its grip. The total income for the weekend was around $3.8m, which contrasts with more than $200m for the same weekend in 2019. Drive-ins remain much more popular than traditional indoor cinemas, comprising 160 of the top grossing 201 venues.

US cinemas are due to open in much larger numbers in July, with the first nationwide cinema release of a new film projected to be the Russell Crowe thriller Unhinged on 10 July. Disney’s warrior epic Mulan is due for release on 24 July, and Christopher Nolan’s spy thriller Tenet on 31 July.