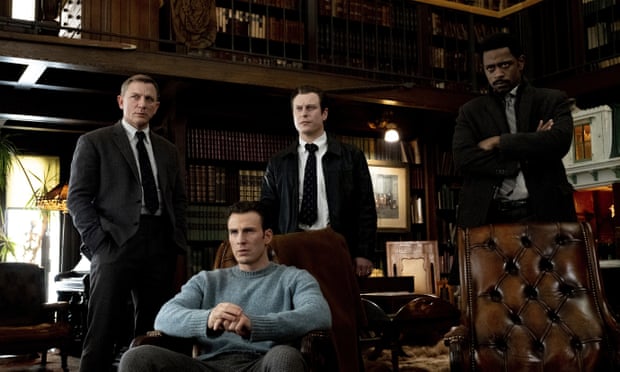 
The success of Knives Out offers a chance to settle back and revisit whodunnits imbued with the spirit of Agatha Christie.


You have to hand it to Rian Johnson. To go from directing a Star Wars franchise entry to trying out a genre widely perceived as having had its heyday in the 1930s is the kind of risk more blockbuster directors should take. Better yet, it paid off: with more than £260m in the bank, Knives Out proved that there’s life yet in the dusty old country-house mystery. Naturally, a sequel has already been greenlit.

The film, available on streaming and DVD this week, is lively, limber entertainment for a quarantined night in. The spirit of Agatha Christie is strong in this jazzy old-school whodunnit revolving around a dead mystery writer, his bewildered Latina nurse and his money-grubbing family – all investigated by Daniel Craig’s peculiarly southern-fried gumshoe – though its modern twist of Trump-era class politics finds fresh crannies of meaning in its classic family mansion location.

The manor house has long been an ideal hothouse for storytellers seeking to amp up tensions – social, romantic, homicidal – between a motley array of characters. There needn’t always be a mystery element: Jean Renoir’s scalpel-sharp comedy of manners The Rules of the Game(streaming on BFI Player) has all those aforementioned conflicts, but its streak of blood is almost wickedly incidental.

Its DNA is equally present in Johnson’s romp, but one’s mind goes first to the out-and-out murder mysteries,  beginning with cinema’s many and varied Christie adaptations. None is more pure than the 1945 version of And Then There Were None, directed by Frenchman Rene Clair in the last of his Hollywood ventures. Beyond its reliance on the racist nursery rhyme that gave Christie’s book its original title, it’s one of Christie’s most macabre, playfully contrived narratives, as eight strangers answer an invitation to a remote Devon getaway – and get picked off one by one. With a splendid cast of golden-age character actors, it’s tighter and nervier than the campy all-star Christie extravaganzas of later decades. And it’s in the public domain, so easy to find on YouTube.

You can’t leave out The Hound of the Baskervilles, can you? Basil Rathbone remains the ideal screen Sherlock Holmes, and his first outing in the role – in this smoky 1939 adaptation of the Conan Doyle chestnut, uncovering the real killer in a Dartmoor mansion supposedly cursed by a canine demon – was his best. Or dip into a different franchise: in the 1930s and 1940s, more than 40 B-movies centred on intrepid Hawaiian detective Charlie Chan, but 1934’s Charlie Chan in London was the one foray into classic country-house territory.Also on YouTube, it’s an antiquated hoot.

It also plays a background role in Robert Altman’s supremely chic addition to the genre, 2001’s Oscar-winning Gosford Park (on iTunes), which mined its Christie-esque set-up for piquant upstairs-downstairs social satire in a comparable way to Knives Out. It spawned Downton Abbey, of course, but is still far tarter and cleverer than that legacy suggests, with its vast dream cast on imperious form.
Finally, if you’re in a sillier mood, few genres are quite so ripe for parody. The 1976 adaptation of Neil Simon’s Murder By Death (on Chili), with none other than Truman Capote commanding proceedings as a mysterious aristocrat inviting a variety of knockoff famous detectives – including, unfortunately, Peter Sellers as a kind of Lidl Charlie Chan – is loopy fun, but it doesn’t quite scale the soaring camp peaks of 1985’s bananas boardgame adaptation Clue (on NowTV), which is worth a stream for Madeline Kahn’s hysterical Mrs White alone. It makes Knives Out look austerely serious, but it’s perfectly delirious viewing for when your own cabin fever sets in.
Upplagd av Kultur Vinden kl. 13:01