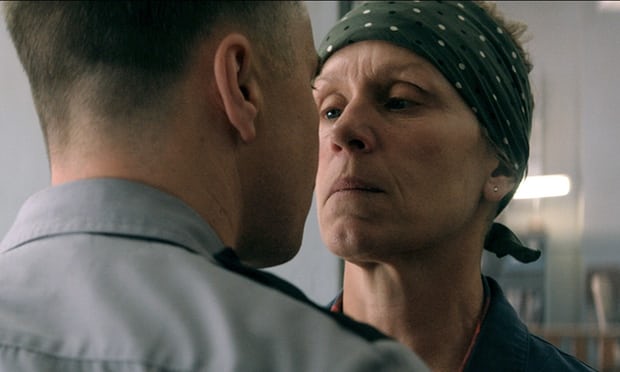 Frances McDormand and Martin McDonagh take top honours as the UK’s leading critics’ film of the year, beating Oscar rivals Dunkirk and The Shape of Water.

Three Billboards Outside Ebbing, Missouri continued its strong awards-season showing by picking up a trio of prizes at the 38th London Critics’ Circle awards.

Martin McDonagh’s divisive drama, which won four Golden Globes earlier this month and has been nominated for seven awards at this year’s Oscars, took home the best film prize, while McDonagh and star Frances McDormand received awards for screenwriter of the year and actress of the year respectively.

One of Three Billboards’ Oscar rivals, Christopher Nolan’sDunkirk, took home the British/Irish film of the year award. though there was disappointment for Academy Awards frontrunner The Shape of Water. Guillermo Del Toro’s fantasy drama managed only a British/Irish actress of the year award for Sally Hawkins, who was jointly honoured for her performances in Maudie and Paddington 2.

Another Paddington 2 star, Hugh Grant, took home the supporting actor of the year award. In his victory speech, Grant compared his unlikely win to other major upsets in recent times. “Brexit, Trump and now me getting a prize … we’re living in the end of days here,” he said.

The best supporting actress award also went to a British performer, with Lesley Manville honoured for her performance in Phantom Thread, andDaniel Kaluuya received the British/Irish actor of the year award for his performance in Jordan Peele’s satirical horror Get Out. But there was no award for the odds-on favourite for the best actor Oscar, Gary Oldman. The Darkest Hour star was beaten to actor of the year by Call Me By Your Name’s Timothée Chalamet.

In the directorial categories, Sean Baker took home director of the year for The Florida Project, while God’s Own Country director Francis Lee received the Phillip French award for breakthrough British film-maker. The prize wasrenamed in 2016 in honour of the late Observer film critic.