Todd Phillips’s controversial comic book movie starring Joaquin Phoenix has taken the top prize, while Polanski’s An Officer and a Spy was runner-up. 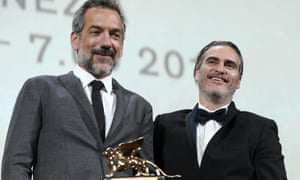 The film, which stars Joaquin Phoenix as a would be standup comic, was ecstatically received at its premiere on the Lido last weekend, with critics immediately tipping it to be the first superhero film to take the best picture Oscar.

Recent Golden Lion recipients include Roma and The Shape of Water, both of which went on to triumph at the Academy Awards. 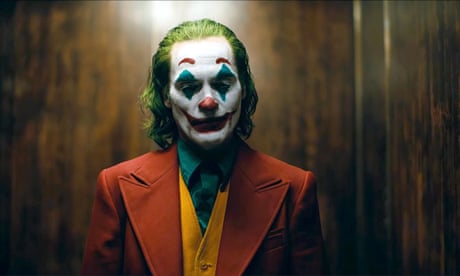 In his speech on Saturday, Phillips, whose previous films include the Hangover trilogy, thanked studio Warner Bros for entrusting him with the DC property.

A sequel is rumoured to be in the works, as well as a film which would see Phoenix’s Joker encounter Robert Pattinson, who was recently chosen to replace Ben Affleck as Batman.

Although the film was a hit with reviewers and Phoenix is something of a festival darling, the result was none the less perceived to be an unusually mainstream choice for Lucrecia Martel’s jury.

Yet more surprising, given Martel’s disparaging remarks about its director at the opening press conference, was the awarding of the grand jury prize to Roman Polanski’s An Officer and a Spy.

The film, which stars Jean Dujardin and Louis Garrel, is based on Robert Harris’s novel about the Dreyfus affair in 1895 France. Yet despite the continued controversy surrounding its director, that film also met with highly positive reviews.

Polanski did not travel to the festival to promote the drama; nor did he attend the closing night ceremony to pick up his prize.