FILM/TV: The Emmys belong to Fleabag! 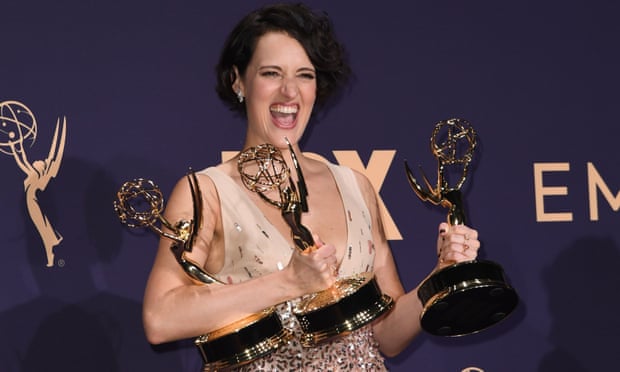 God, it’s weird to watch the Emmys not screw everything up, isn’t it? For decades now, we’ve been conditioned to expect the worst from the ceremony. The patter would be hacky and ill-advised (hello Sofia Vergara on a rotating plinth). The jury would giddily fling awards at movie stars, however mediocre, who deigned to dip their toes into the low-rent world of television. Modern Family would win things. It’s usually such a mess.

So last night was strange. For the most part, the awards went to people who actually deserved them. Fleabag won. Barry won. Succession won. Killing Eve won. Ben Whishaw won. Chernobyl won. All the shows you wanted to win, but assumed wouldn’t because they were slightly more challenging than the usual Emmys fare, all won. 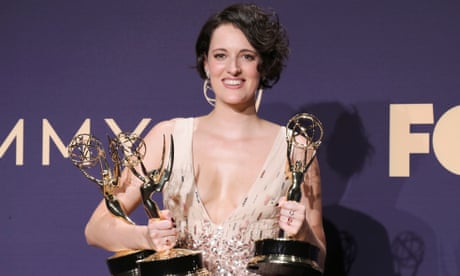 But let’s start with Game of Thrones, which stormed into the Emmys trailing dozens of nominations behind it, and very nearly came away empty-handed. Four of its stars were nominated for best supporting actress, and all of them lost to Ozark. Three directors were nominated for best direction, and all of them lost to Ozark. Peter Dinklage at least deserved his best dramatic supporting actor win, because he did more than anyone to root this dog’s dinner of a season in some form of humanity. But after a long night of sustained losses, Game of Thrones’ eventual best drama victory felt a little hollow.

Much more deserved was all the attention won by Fleabag, which took home lead comedy actress (over Catherine O’Hara!), comedy writing, comedy directing and comedy series. A sweep like this – while once again hinting at the possibility that Emmy voters only watch one comedy a year – is a terrific achievement that is thoroughly deserved and just about validates this publication’s decision to write three separate headlines about Fleabag every single day. I’d question the directing award, because it won against a Barry episode that qualified as an actual work of art. But let’s not quibble too much. Today the world belongs to Phoebe Waller-Bridge, and I can’t wait to see what she does next.

The success of Chernobyl continues to fascinate. Not because it doesn’t deserve the attention – my god, it deserves all the attention in the world – but because Craig Mazin won for his writing. Mazin, you’ll remember, wrote The Hangover. If Joker wins big at the Oscars next year, as is predicted, it’s odd to think that the two most critically acclaimed works of the year will have their roots in a film where Ed Helms drugs Mike Tyson’s tiger with Rohypnol.

If nothing else, Bandersnatch’s win helped to classify what it actually was. It won best television movie, despite not being on television or being a movie. It’s useful to have this level of categorisation because, if interactive dramas really take off, it prevents the Emmys from having to create a category called Best Bandersnatch.

This being the Emmys, there were snubs. Of course there were snubs. Pretty much any time The Marvellous Mrs Maisel wins anything, it’s a snub. This year its awards were confined to the supporting and guest comedy performer categories, with Alex Borstein and Tony Shaloub winning. But they did so at the expense of Henry Winkler, Stephen Root and Anthony Carrigan from Barry, and Fleabag’s Olivia Colman, GLOW’s Betty Gilpin and The Good Place’s D’Arcy Carden who wasn’t even nominated in the first place. For the most part, the Emmys did well this year. But man, when it gets things wrong it really gets things wrong.

But, really, the night belonged to the giant back-handed compliment paid to Game of Thrones. Sure, you’re the biggest show of all time. Sure, you changed television forever. But never forget this: you’re no Ozark.
Upplagd av Kultur Vinden kl. 13:21