FILM: Best Bond ever ... Who won? Who were the runners-up? 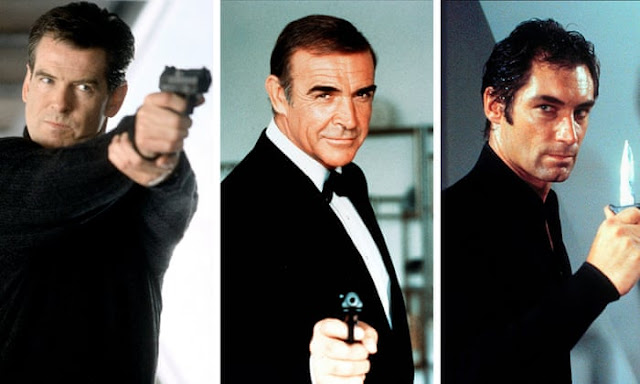 Roger Moore, Daniel Craig and George Lazenby sidelined in Radio Times poll asking readers to name best portrayal of 007 ...
Sean Connery has swept to victory in a new survey seeking to find the best ever James Bond, with actors assumed to be strong contenders sidelined in favour of dark sheep.

Connery took 56% of the vote in the first round of the Radio Times poll; as befits the gravity of the issue at hand, a complicated multi-knockout round system was employed.

In the final reckoning, Timothy Dalton was the surprise runner-up, taking 32% of the votes in the climactic round, with Connery on 44% and Pierce Brosnan on 23%.

Trailing behind were Roger Moore – often assumed to be a firm fan favourite – incumbent Bond Daniel Craig, and George Lazenby.

Connery, 89, is often felt to be the definitive 007 not simply because he was the first actor to take the part, in 1962’s Dr No, but because of his facility with a quip and an eyebrow.

Ian Fleming, on whose books the Bond series is based, initially favoured Cary Grant for the part, but warmed up to Connery after he proved a critical and commercial hit. Connery’s tenure lasted a total of seven movies.

Craig, as well as being the incumbent Bond, is also the longest serving: now clocking 14 years’ service, partly because of the lengthy gaps between his five films.

No Time to Die, his final outing as Bond and the 25th film in the series, is still currently due for release in November, following its date change from April, prompted by the coronavirus pandemic.

However, optimism about the feasibility of such a release is fading as many cinemas remain closed, audiences appear sceptical about safety measures and studios are increasingly putting releases straight to digital.