FILM/TV: The Looming Tower - One hell of a ride!

“The Looming Tower” is built on a stacked deck. Adapted from Lawrence Wright’s non-fiction book, Hulu’s 10-part limited series examines how infighting between the FBI and CIA may have set the path for 9/11. So not only does every member of the audience know how things end for America, but anyone specifically familiar with John O’Neill’s life is all too aware of how his prophetic arc comes to a close. 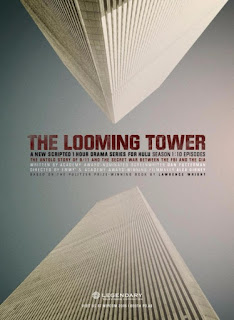 That kind of prescience can kill a series. It’s far too tempting to overplay your hand (by say, repeatedly cutting to images of the World Trade Center) or underline your point in redundant dialogue or excessive speechifying. If it seems too good, or too dramatically convenient, to be true, the audience will think that it is — even with a true story like this one.

But the key to making this work in scripted television is simply that: It is true; the problem is also the solution. Alex Gibney, an award-winning documentarian, and Dan Futterman, an Oscar-nominated writer of two harrowing true stories, know they have to earn that truth rather than rely upon it, and the tone they set in the first three episodes does just that. From the exquisite but not overbearing production details (computers, suits, cars, and coats all ring true to a late ’90s, early aughts aesthetic), to performances grounded in a moment-by-moment presence, “The Looming Tower” plays its cards deliberately, without ever tipping off the audience. If anything, it’s only reflecting on the past to make a point about the future. And that truth should be heard. 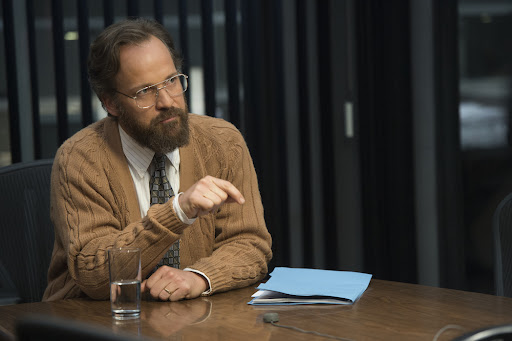 Bouncing between multiple events that begin in 1998 and testimonies made in a 2004 joint inquiry into 9/11, the series largely uses the latter to contextualize the former, starting with FBI Agent Ali Soufan (Tahar Rahim) bluntly telling the committee that the CIA withheld vital intelligence about Osama bin Laden and al-Qaeda from his bureau — intelligence they were legally obligated to share. That statement sends us back in time to a professional war between two governmental heads: Martin Schmidt (Peter Sarsgaard) and Soufan’s boss, the aforementioned John O’Neill, played by Emmy-winner Jeff Daniels.

Schmidt is a pretentious, obsessive station chief running the bin Laden unit of the CIA. He’s made it his mission to track and eliminate al-Qaeda, and he’s willing to do whatever it takes to get it done. Some of Schmidt’s statements can feel almost cartoonishly acrimonious — his opening remarks in Episode 3 are shockingly cold — but Sarsgaard, an expert in conveying levels within antagonists, elevates his vitriol to passion by grounding Schmidt’s beliefs in a nationalist mentality. He’s not self-serving or out of his mind. He’s just a spy whose sneakiness bleeds over into his personality. He doesn’t trust anyone, and his protective nature makes him stubborn, jaded, and dangerous.

O’Neill, meanwhile, is so boisterous and uncouth he’s alienating half the people he needs to help him out. His team is fiercely loyal, to the point where they all want more time with him, but he forces people to extremes: You’re either the best or the worst; with him or against him. He’s a commanding central figure, even if he’s really the co-lead alongside Rahim’s Soufan (and “The Prophet” star certainly delivers). Daniels owns every bit of O’Neill’s grandiose qualities. His passion is always based in something relatable, be it frustration from being unheard or genuine affection for those in harm’s way. Plus, for as alienating as O’Neill’s intemperate candor can make him at work, his personal life is all charm, and Daniels can switch it on and off with the best of ’em. 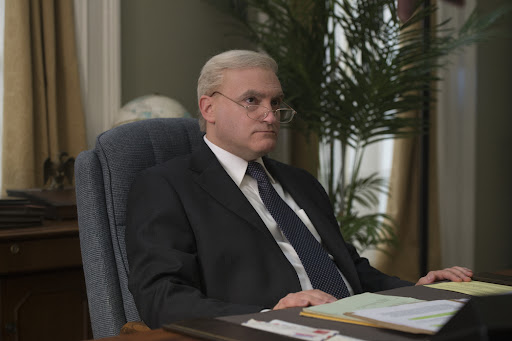 The two men’s hatred for one another could almost carry the series on its own, but Futterman (the showrunner), Gibney, and Wright (both executive producers) have bigger fish to fry. “The Looming Tower,” thus far, doesn’t go out of its way to speak to the here and now, but its politics and point — that a fractured government serves no one effectively (and effectively no one) — are far from irrelevant. The timing of Hulu’s release frames these problems on a broader scale. As President Trump continues to alienate inter-governmental agencies and world leaders, it’s easy to see how infighting could lead to division and division could lead to disaster. The warning that wasn’t heeded before is fit for the present day.

Whether that’s what you want from your historical dramas or not, “The Looming Tower” offers plenty of noteworthy hooks. From the remarkable cast (Michael Stuhlbarg and Bill Camp deserve analysis all to themselves, so enthralling are their beautifully developed supporting characters) to deft direction (Gibney, an Oscar-winning documentarian, brings his past expertise to scripted TV in clever, efficient fashion — the flash-forward testimonials and found footage both speak to his storytelling brilliance), this is a limited series worth seeking out. It may be an unmissable history lesson, but it’s also just one helluva story, told very, very well.