The Girl Who Lived Twice - Last Adventure for Lisbeth? 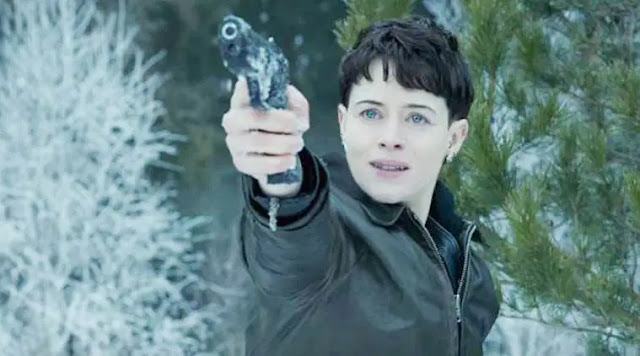 Lisbeth Salander is back — and she is angrier than ever - WP


Somebody very droll got into Stieg Larsson’s Wikipedia page.
Recently, an entry on his Millennium crime series 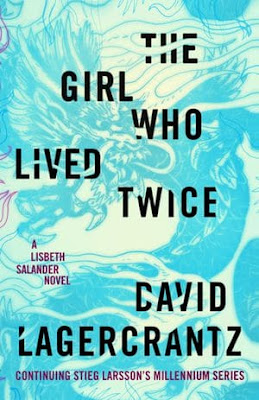 described Lisbeth Salander, the series’ popular continuing character, simply as “a woman in her twenties with a photographic memory and poor social skills.” That’s putting it mildly. Salander’s antisocial behaviors include tossing a molotov cocktail at her murderous Russian spy father and watching him burn in the front seat of his Mercedes. In the latest novel, “The Girl Who Lived Twice,” written by David Lagercrantz (Larsson died in 2004), Salander irons an abusive husband’s dress shirt with him in it. She is as ticked off as ever, and with troll factories, crooked Swedish pols and Russian mafiosos on the loose, she has plenty to set her off.


Salander is less physically present this time — and that’s too bad, because she’s fascinating. A superhacker, Salander learns online that her family is genetically predisposed to both high intelligence and psychopathy. Abused by both her father and later by a sadistic child psychiatrist, Salander devotes her life to revenge against powerful cruel people, most of them men. A Stockholm police inspector describes her as “a bit like the fallen angel in paradise” who “serves nobody, belongs to nobody,” but who can’t stand injustice and is driven to do just about anything to fix it.

Most of the new novel’s narrative follows Mikael Blomkvist, the investigative reporter at Millennium magazine who is Salander’s good pal and sometime fellow crime fighter. This time he’s unusually tired and fed up while trying to finish an article about a Russian disinformation campaign and possible links between a Swedish cabinet official’s financial funny business and a stock market crash. Blomkvist is suffering from news fatigue because of depressing developments around the world (the United States is not mentioned by name), so he is almost relieved when he learns his phone number has turned up in the pocket of a strange dwarfish beggar found dead in a Stockholm wooded area.

The corpse, with its disfigured face and several missing fingers and toes, is soon identified as a Nepalese sherpa. Evidence develops revealing that the little man may have been poisoned with a particular exotic brew. The minister of defense whom Blomkvist is investigating once survived a notorious Mount Everest climbing expedition in which others died. Could there be a connection between the dead mountain guide and the official? Blomkvist perks up.

I wish I could report that I was gripped by all this, but not really. The novel meanders annoyingly, with Salander appearing only intermittently to lend Blomkvist mainly technical support as he interviews cops, diplomats, a forensic pathologist, the head of a psychiatric institution. There’s a secondary plot involving Salander’s evil (literally) twin sister, Camilla, a tool of Russian intelligence who harbors her own revenge fantasies. Enraged because Lisbeth murdered the father Camilla adored — and was probably being sexually abused by — she uses her GRU and Russian gangster cohorts to track down Lisbeth and exact revenge.

All of this unfolds with prose that is borderline stilted and with major and minor plot turns that make little sense. Lagercrantz is a kind of un-Elmore Leonard. Blomkvist has testy exchanges with a right-wing columnist named Catrin Lindas, a journalistic competitor, and out of nowhere, the pair are entangled: “Then she put a hand around his neck and pulled him to her, and within moments it got completely out of hand . . . and in the middle of all this madness Blomkvist realized that he had wanted her ever since he first saw her picture online.” Like so much here, it’s just mighty peculiar.

Readers who are ambivalent about the violence and gore that are part and parcel of so many Scandinavian mysteries these days needn’t worry too much about “The Girl Who Lived Twice.” Except for the shirt-ironing sequence and some brief references to a GRU agent who liked to roll political opponents into a cremation oven alive, there’s not much howling in excruciating pain until the final confrontation between Lisbeth and Camilla, with little serious harm to our main heroine. If there’s a seventh Millennium novel, Blomkvist will probably be seen hobbling or even in a wheelchair. Lisbeth will show up with just a few scratches, however — her photographic memory intact and her short fuse ready to blow.


THE GIRL WHO LIVED TWICE

Translated from the Swedish by George Goulding