Oscars 2019: Roma and The Favourite vie for glory with 10 nominations each


Alfonso Cuarón’s 70s-set drama and the Olivia Colman period comedy head list of nominees, with A Star Is Born and Vice each on eight


Roma and The Favourite will go head to head at the Oscars after they received 10 Academy Award nominations each.

Roma, Alfonso Cuarón’s memoir of childhood in 1970s Mexico City, topped many critics’ lists of 2018 (including the Guardian’s) and has scored 10 nominations, including best film and best director for Cuarón. Roma’s success demonstrates the Oscars’ acceptance of streaming giant Netflix, which it had had hitherto treated with suspicion. Netflix has launched an expensive awards campaign which appears to be have paid off.

Scabrous period comedy The Favourite, about political power games at the 18th-century court of Queen Anne, also received 10 nominations, including best actress for Olivia Colman. With 12 Bafta nominations, and a single Golden Globe win for Colman (for the best actress, musical or comedy), The Favourite emerged as a much liked contender as awards season has progressed, and a powerful vehicle for its cast, which includes Rachel Weisz and Emma Stone, who were both nominated for best supporting actress. 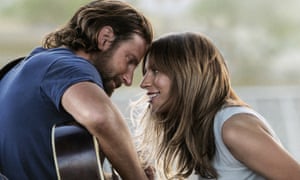 A Star is Born, Bradley Cooper’s directorial debut about a waning country icon and the unknown singer (played by Lady Gaga) he mentors, picked up eight nominations. The film, which premiered at the Venice film festival last August, began awards season as frontrunner, before losing momentum. It secured best actor and actress nominations for Cooper and Gaga, as well as best picture and best song, but was surprisingly passed over for best director.

Also on eight nominations is Vice, the comedy about Dick Cheney, vice president to George W Bush and architect of the war on terror. Christian Bale is nominated for best actor as Cheney, Sam Rockwell for best supporting actor as Bush, and Amy Adams for best supporting actress as Lynne Cheney. Bale was a popular winner of the best actor, musical or comedy, at the Golden Globes, where he thanked Satan as an inspiration for his performance.Quick guide
Oscars 2019Show


Black Panther, the Marvel superhero film starring Chadwick Boseman, clocked up a surprise seven nominations, including best picture and best song for All the Stars. Directed by Ryan Coogler, the film has won a string of awards, including movie of the year from the MTV Movie awards, and was expected to be the main beneficiary of the proposed “best popular film” category proposed by the Academy. However, the plan was cancelledafter industry figures complained it patronised commercially successful films.

Firebrand film-maker Spike Lee received his first nomination for best director for his police drama BlacKkKlansman, which stars John David Washington as a detective who helps infiltrate the Ku Klux Klan. Lee was given an honorary Oscar in 2015, and BlacKkKlansman received six nominations in total, including best picture, best adapted screenplay and best supporting actor for Adam Driver.


However, no women have been nominated in the best director category, with Lynne Ramsay, Debra Granik and Chloe Zhao overlooked for You Were Never Really Here, Leave No Trace and The Rider respectively, all of which have performed well on critics’ lists and independent-film awards. This means that only one woman – Greta Gerwig for Lady Bird in 2018 – has been nominated for the award since Kathryn Bigelow became the first woman to win it in 2010 for The Hurt Locker. 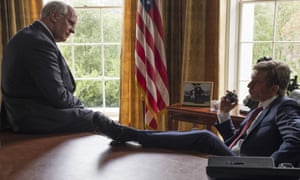 
Bohemian Rhapsody, the hit biopic of Freddie Mercury and Queen, emerged unexpectedly strongly from the Golden Globes, where it won best drama and best actor, drama, for Rami Malek. It has continued its successful streak at the Oscars, with five nominations, including best picture and Malek up for best actor. Its credited director Bryan Singer, who left the production in controversial circumstances before the end of filming, has not been nominated.

First Man, which stars Ryan Gosling as astronaut Neil Armstrong, was considered a safe bet for Oscar success when it was first premiered at Venice, with La La Land director Damien Chazelle behind the camera and support from The Crown’s Claire Foy as Armstrong’s wife Janet. It came up short at the Golden Globes with two nominations (one of which was for Foy) and one win, for its score. It now receives four nominations for the Oscars, none of which are in the headline categories.

Black Sheep, a short film commissioned by the Guardian, received a nomination for best short documentary. Free to view on the Guardian website, it describes the lengths that a black 11-year-old, Cornelius Walker, went to to fit in with a racist gang after his family moved away from London. 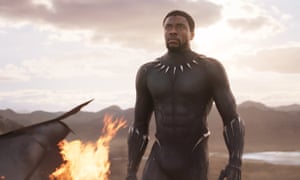 For only the second time in their 91-year history, the Academy Awards will not have a host, after the resignation last December of Kevin Hart, following a backlash to re-emerged homophobic comments. Speculation had been rife that Hart would return to the role; after he declared himself uninterested earlier this month, the Academy opted not to replace him and instead opt for a rolling cast of A-list presenters.

Key awards ceremonies still to come before the Oscars include the Screen Actors Guild awards on 27 January and the Baftas on 10 February.
Advertisement


This year’s ceremony will take place on 24 February in the Dolby Theater in Hollywood.
List of key nominations

Glenn Close (The Wife)
Lady Gaga (A Star Is Born)
Olivia Colman (The Favourite)
Melissa McCarthy (Can You Ever Forgive Me?)
Yalitza Aparicio (Roma) 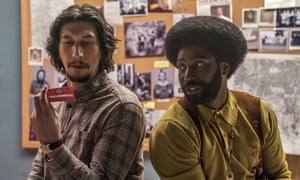 If Beale Street Could Talk (Barry Jenkins)
A Star Is Born (Bradley Cooper, Will Fetters and Eric Roth)
Can You Ever Forgive Me? (Nicole Holofcener and Jeff Whitty)
BlacKkKlansman (Spike Lee, David Rabinowitz, Charlie Wachtel and Kevin Willmott)
The Ballad of Buster Scruggs (Joel Coen and Ethan Coen)

Incredibles 2
Ralph Breaks the Internet
Spider-Man: Into the Spider-Verse
Isle of Dogs
Mirai

Free Solo
Minding the Gap
RBG
Hale County This Morning, This Evening
Of Fathers and Sons